Once upon a time, there lived a King and a Queen, who said every day: “If only we had a child!” After many years, their wish came true, and a baby girl was born. Oh, how happy they were!

They shared their joy by inviting seven wise fairies to the palace. When the fairies sat down to eat, they each found a gift made of gold by the side of their plate.

Now there was one other fairy whose magic was more powerful than all the wise ones put together. Unfortunately, this fairy had an evil heart. When she heard of the celebrations for the baby princess, and found out that she had not been invited, she took great offence.

Towards the end of the evening, each of the wise fairies gave a magical gift to the baby princess.

The first wished her the gift of reason.

The second wished her the gift of beauty.

The third wished her the gift of grace.

The fourth wished her the gift of music.

The fifth wished her the gift of dance.

The sixth wished her the gift of … 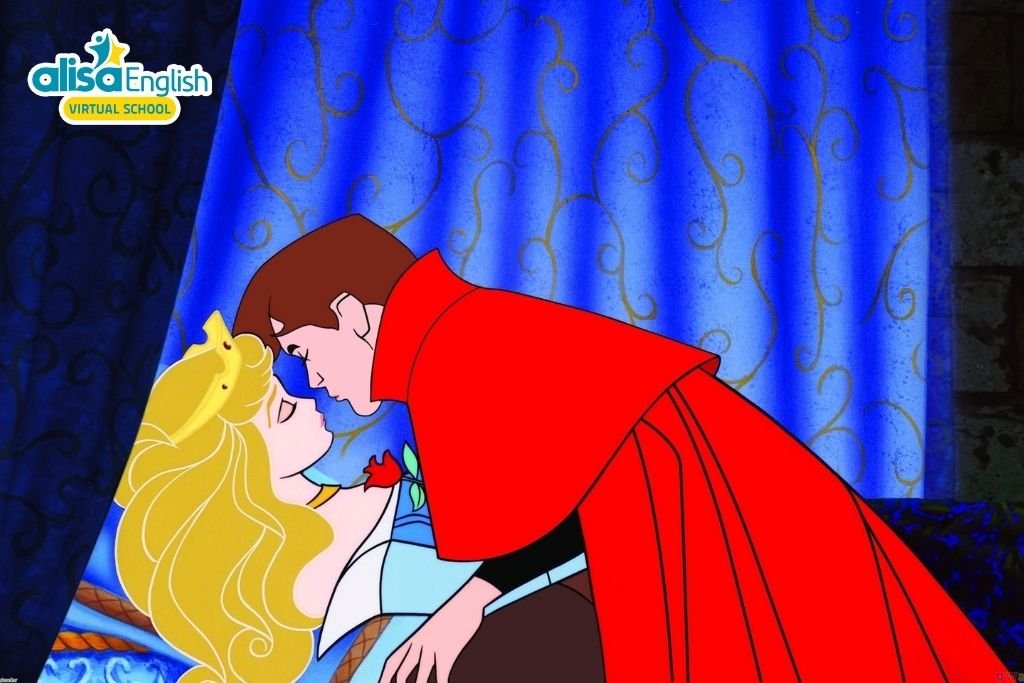 Well, we do not know what gift she would have wished for, because at that moment the Evil Fairy appeared in the centre of the great hall, her mouth fixed in a false smile, and her eyes delighting in spite.

“Do forgive me for dropping by uninvited,” she said, “I will not keep you for long. I have come to wish my own gift upon the baby princess.”

While the Evil Fairy held everyone’s attention, the seventh good fairy hid behind the curtains.

The wicked one continued: “I do so wish that the dear little princess shall grow up to be a radiant, accomplished and beautiful girl of sixteen years, the delight of her parents’ eyes, and then, on her seventeenth birthday, she shall prick her finger on the needle of a spinning wheel and DIE! How do you like that? Ha ha ha!”

Still laughing dreadfully, she strode from the hall. Amid the uproar, the seventh wise fairy stepped out of hiding and waved her wand to cast the spell of silence.

“There remains a seventh and final wish that is mine to make,” she said. “It is not in my power to entirely overcome the evil wish, but I can at least do this -when the princess pricks her finger, let her not die, but fall asleep for 100 years until she is awoken by true love’s kiss.”

The very next day the King passed a law forbidding anyone in the land from owning a spinning wheel. After that, no one ever spoke of the ill fated banquet. The child, whose name was Talia, grew up to be as talented as she was beautiful. But she was also strong headed, and when, on her seventeenth birthday, the King and Queen forbade her to leave her room, she disobeyed them. She climbed out of her window to avoid the guard on the door, and walked around the grounds of the palace.

She thought that she discovered every nook and cranny while playing hide and seek as a child, but, oddly enough, she now found an entrance that she had not seen before. She went through it and climbed the winding steps of a tower. Up, up she stepped, until right at the top she came to a room. The door was ajar. Inside she found an old woman, working intently at a strange wheel.

“Pray tell me, good woman, what is that?” asked Talia.

“Don’t you know? It is your destiny my dear,” replied the woman.

The old woman let the princess sit and play with the fascinating toy. The wheel spun and the needle bobbed up and down.

“What fun!” exclaimed Talia, but oh! The princess was not used to spinning thread, and she pricked her finger on the needle.

“Look! I am bleeding!” she exclaimed.

The princess returned down the steps of the tower. Her legs felt weaker and weaker, and when she reached the rose garden she lay down on the grass and fell into a deep sleep.

The courtiers carried her to her room. On and on she slept, and gradually everyone else who lived in the palace was also overcome with sleep. In less than a week, a great forest had grown around the walls enclosing the palace entirely.

One hundred years later, a prince was out hunting. He asked his companions, “What are those towers above the treetops?”

Some said that an ogre lived there, others said that witches danced there at full moon, and a third theory went that it was home to a sleeping princess.

The curious prince pointed his horse towards the tower and rode through the trees. He soon came to a dark place where the thorn bushes were so thick and sharp that no one could pass through them. But for him alone, the brambles parted and made way. On he rode, through the gates of the palace itself, where he found that every lord and master, every horse and hound, lay fast asleep. He saw food on plates, glasses half full, fire’s still burning, everything exactly as it had been.

He passed down a marble hall, knocked on doors and peeped into rooms, until eventually he found a gilded chamber, inside of which, among embroidered covers and silken cushions, lay a princess. She slept serenely. The prince knelt down beside her, picked up her hand, and kissed it. Her eyes opened. They were blue and full of curiosity.

“Your husband to be, or so I dare to hope,” he replied.

And the very next week they were wed.